Progress of the Work in Cebu City Philippines 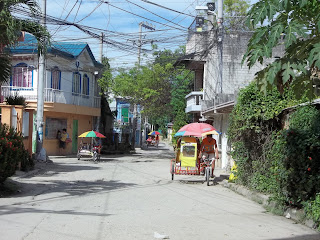 So the Philippines is great I'm hot and sweaty all the time but it's an adventure for sure. During lessons ants crawl all over everywhere because most houses are bamboo huts. Some are one room. Some are two. Then we have the regular houses. I'm in the city zone Talamban so its kind of like America except not. We have a McDonalds and can get food imported but it's more expensive. I'm not adjusted to the food yet but I figure it will only be a matter of time.

Today I was riding in the Jeepney and a truck passed by and one of the guys stared at me and poked his friend next to him. They both stared at me. I just smiled and waved. I'm the minority here and when I walk by everyone stares. I just say maayong buntag or maayong hapon or maayong gabbii (good morning, good afternoon, good night). Their jaws drop and they say stuff like you know my language or where are you from!

The kids are the cutest ever they all just stare at me and laugh but probably because I sound like a child when I speak their language. Haha!

I was walking down this alley way which they have a lot of those here and a bunch of guys asked hey where are you going in Cebuano and I thought they asked me where I was from and I was like AMERICA! Haha sooo funny but I made it into a contacting experience. My companions died laughing!

My companion Sister Ramos is my trainer. She is really nice and my other companion is Sister Williams. She translates for me. Sister Ramos's English is pretty good but not always the best. So I get confused sometimes. We talk some in English while in the apartment because it's mission rules to help each other if you have a native companion. English in the apartment and Cebuano when not in the apartment. Sister Robison has a blog her mom keeps up for her dad. You should try to find it. I don't have the URL right now but I can get it next Monday during district meeting.

I had my first baptism his name is Danilo Ymbing. He is 36 years old and has a really strong conviction to follow the church.

We have Sally Abella as an investigator. She has a live-in and has a baby from him. She is also married but separated. It's hard to get a divorce in the Philippines and so I think maybe we are continuing the lessons for baptism. It's a weird situation.

We also have Elicio Arinasa. His two girls just got baptized and his wife is a member. We are encouraging the two girls Ann Marie who is 8 and Jayann who is 10 to encourage their father to read the Book of Mormon and to come to church. Thus far every time we have gone to visit him he is not home. He is usually at work.

We have an investigator Grace Hardy whose husband is an American from Utah and a member. She comes to church with him every Sunday. She says she wants to be baptized. The only thing we need to do is find times to visit her when she doesn't have school or work to teach her the lessons. She is gone for the holidays but we hope to get her baptized in the next month or two.

We went to visit with a man named Lone Denoso yesterday. He has thought about suicide because he had a stroke and the left side of his body is paralyzed. When we visited him yesterday his wife was home and we taught them both. It was a hard lesson because he kept making inappropriate comments.

It's hard to teach lessons because every lesson they have Hip Hop music playing in the background and instead of talking louder over the music the people talk quietly. The favorite song right now in the Philippines is Justin Bieber BABY. It's way funny! Elder Holley who is from my district in the MTC is in my district here in the Philippines and everyone thinks he looks like Justin Bieber so they call him Justin. It's way funny but I think he might be able to use it to his advantage during contacting!! 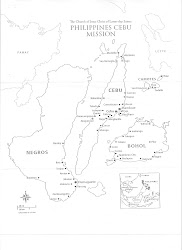